For a brief moment I thought I could read and understand Italian. “L’Attuario: una professione in evoluzione al servizio della società”. This was the title and overarching motto of the 10th National Congress of Italian Actuaries. It was easy to translate this Italian text to Dutch, my mother-tongue. From there I translated it freely into English: The Actuary: an evolving profession in service of society. I immediately liked this connection between the actuary and the society and I decided to take that as the inspirational text for my speech at the opening ceremony to which I was invited by my Italian friend I felt it as a great honour to speak at this occasion to over 800 Italian actuaries! A short extract from my speech in Rome:

“The actuary in service to the society. We sometimes have a different view on complex technical issues in models. I am thinking of Solvency II for insurers and also Solvency for Pensions. In the end we should accept that a model is just a model. I mean, a model is never fully right, never fully representing the reality. A model should therefore never be a goal in itself. It is a means to a higher goal. And what is this higher goal? This is all about serving society! The work we do affects people, human beings of flesh and blood, people with feelings. The issues we are discussing are often complex but they have almost always an impact on people. This is something we should be aware of. It is in the end not the model, not the number, it is how individual people are affected. We, actuaries, are experts in all sorts of long-term issues. Other people are generally not. They are affected though. This puts a great responsibility on us as knights, fighting to protect the interests of individual people. And when I say protecting the interests of individual people I do not intend to say that we should fight to protect them for all risks. Risks are a part of life. All stakeholders will experience risks to a lesser or greater extent. For us, actuaries, protecting individuals is not about taking their risks away. We just can’t. In my view, consumer protection is not so much about more capital. It is much more about more information. This information should be unbiased, objective and sufficiently accurate. That is an important element as I see it where we, actuaries, can serve society and have the duty to serve society. So my message is that we serve society best by putting the interests of individuals first and accept humbly that our models are just a means to that goal.” 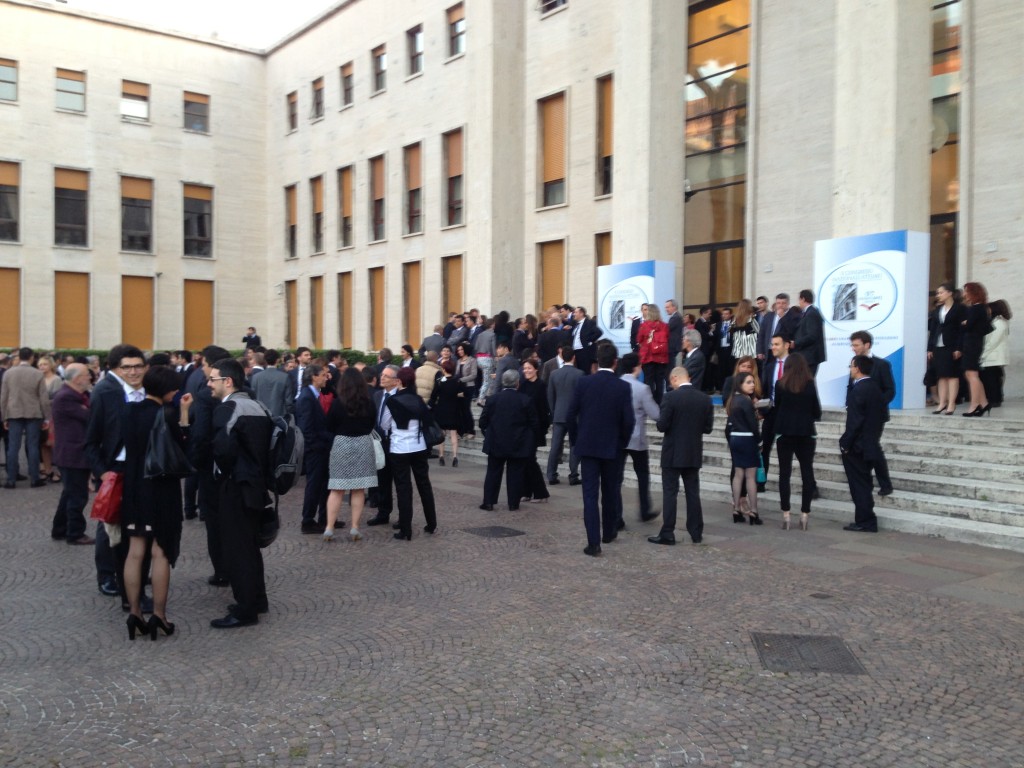 I like this kind of new thinking, this way of creating a new future. A future that is more sustainable. Renewable energy solutions is what we urgently need is my believe.

This “new spin on solar” helps solving our energy problem and reduces our energy costs at the same time. In addition I like the shape of it. I think it is beautiful. It is different. It makes me smile.

I met in Amsterdam with Robert Styler, member of the management team of V3Solar. He told me the story about how Chris Ladue, the inventor, came to the idea of creating a 3D solar “panel”.

Thinking about solutions to renewable energy he felt inspired by nature. He looked at trees. Trees are designed to catch the light of the sun and to produce energy out of it. Trees are build in a more or less triangle shape. This contributes to catch the most of the sun light. So Chris started to use this observation as a first principle for his new design.

Then he noticed that some trees, such as poplars, are “moving” their leaves from right to left and back again. Chris took this as his second principle for his new design. He realised though that from an engineering perspective rotation is easier and more efficient to use than a movement that would require a frequent change of direction.

The third principle is based on the effect of special clouds that we know are mirroring sun light back and forth to the earth’s surface. This increases the production of energy in solar panel. Based on this effect he started to work on special lenses that woud result in a similar effect, but now at every moment in time, clouds or no clouds.

Three principles, 1) conical shape, 2) rotation, 3) lenses are fundamental in the design. It is reducing costs due to the much higher efficiency. It solves the problem of high temperatures of traditional flat panels. And we know that at higher temperatures the photovoltaic process is much less productive. All of this is still based on conventional photovoltaic technology. This means that the existing production plants of flat panels can easily be converted to production plants of these new 3D solar units! (so no threat for the existing industry!)

The story Robert Styler told me, made me even more enthusiastic than I already was. Some months ago I had already decided to become shareholder in this company. Then still based on impressive material with convincing statistics and research reports. But, again, it made me realise that the story behind it is as important as all the technical specs. If both the rational and the authenticity of the story are good and aligned, the energy they create has a multiplier. I am proud to be a supporter of this new and radical step in the use of photovoltaic energy after 50 years of flat solar panels.

Yesterday it was in the news in The Netherlands that Dutch pension funds are investing less than 0.5% of their assets in renewable energy. It is the aim of the Dutch government to have 16% renewable energy by 2020. A great opportunity for pension funds that invest the money of their members. I am sure that a good percentage of the members would support investments in projects that create a better future for them and their children. I agree very much with the advise of the Dutch governement Committee ‘Frijns’ that advises to start the dialogue with all stakeholders on how to make sustainability part of the investment strategy.

V3Solar shows that there are new ways forward. They also show that it is possible. Now. We don’t have to wait. We can take action now. And they are not alone. There are many great initiatives in this field. Let’s use our money for our pension, our money for later, to fund both a good pension ànd a great future. We can shape the future ourselves if we stand up and decide where to invest our money!

I would encourage you to view this 1.21 min video in case you want to see what V3Solar is about:

Seen from the viewpoint of the technical and unbiased role of an actuary the Royal Dutch Actuarial Association (“Koninklijk Actuarieel Genootschap”) has two remarks relating to the suggested legislative change:

The aim of the event is to discuss the final report, evaluate the QIS exercise with participants as well as the next steps. The event offers participants the opportunity to meet and actively exchange views with representatives of IORPs, supervisors and other stakeholders from across Europe.

Topics that will be addressed during the seminar include the following:

I will be speaker at this event as Chairman of the Pensions Committee of the European Actuarial Consultative Group. This will be in Session 2 that is scheduled to start at 14:30 and will run till 15:45 CET.