Recently there was some discussion on the possible move of the two Dutch Aon pension plans to a cross-border IORP with Belgium as host country. Many concerns were voiced, but also support was given. As advisor to the boards of the two Dutch Aon IORPs I feel that I should hold back in offering my own opinion. Nevertheless I would like to make a few comments. Some authors warned for supervisory arbitrage. It is argued that supervision in Belgium is less stringent. Although my opinion is that this is not at all the case, this discussion is not getting to the point. Any pension promise made in a member state should comply with the social and labour law in this members state indifferent whether the IORP is residing in the same member state (i.e. The Netherlands) or in another home member state (i.e. Belgium). My interpretation of this is that each beneficiary in the plan should, everything else being equal, receive similar pension payments on his or her bank account. That is the starting point of the EU Pension Directive. So even if the Belgium supervision would be less stringent, the company that made the pension promise under Dutch social and labour law has the legal obligation to provide for the same or at least similar pension payments to all of the participants of the scheme. In my view similar pension payments mean that not only the expected amount is similar but also the risk of receiving less or more. I think it also implies that the distribution over the generations of beneficiaries is similar.

So the pension promise is the starting point and does not change in case the execution is moved to a cross-border IORP. I regard it the duty of all of the advisers in such a process and particularly the actuaries to look after this very important starting point of the European IORP Directive. This will ensure that no participant will lose out and that in this respect no supervisory arbitrage can take place. 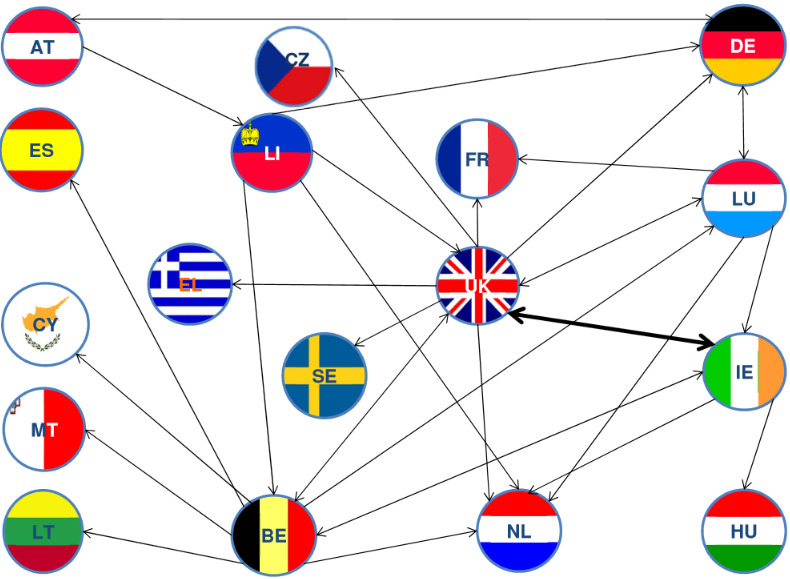 Europe counts over 110,000 IORPs, but if we would substract the IORPs in Ireland and the UK the number would only be just over 3,400. There are many, many very small IORPs in these two countries. Total assets under management of these IORPs is € 2,880 billion and if we add the 37 so called Article 4 insurance undertakings this figure is € 3,075 billion. The two largest countries in this respect are the UK (€ 1,383 b; pound sterling converted to Euro) and The Netherlands (€ 1,003 b). The next largest countries are Sweden (€ 228 b) and Germany (€ 178 b).

Only 8 countries in the European Economic Area re Home county to cross-border IORPs. The top-3 is UK (29), Ireland (33) and Belgium (12). The cross border activity of both the UK and Ireland relate  directly to their strong economic relationship. The number for the UK without a single Irish plan would be 12 and the number of Irish cross-border IORPs without a UK plan would be only 1. So in my opinion it is really Belgium and the UK that have so far been selected as Home countries for cross-border IORPs with continental plans with a variety of Host countries.

I have found Annex 1 a very interesting addition as compared to the previous reports as it discloses the names of the active cross-border IORPs. This give an impression of which companies have so far concentrated (part of) their pension plans in a cross-border IORP. The full EIOPA report is attached for those interested in further reading.