The Groupe Consultatif, the Actuarial Association of Europe, has appointed Ad Kok as its new CEO, starting on 1 September 2013. Michael Lucas will continue his role with the Groupe as Secretary‐General. Ad will spearhead the Groupe’s links with the European institutions and its initiatives to
develop closer links with other stakeholders. 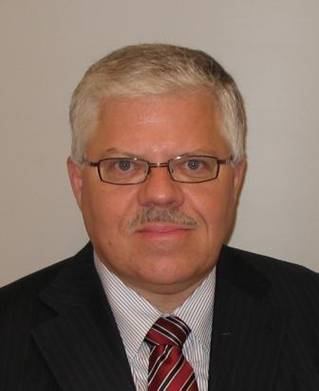 Ad Kok (58, Dutch) is a fully qualified actuary with 40 years of experience in the financial services sector. His previous positions have included Chief Actuary at AEGON and partnerships at Towers Perrin, Watson Wyatt and KPMG. Ad holds an Honorary Membership of the Royal Dutch Actuarial Association and is an Honorary Fellow of the Institute of Actuaries (UK).

Ad has had close connections with the Groupe for a number of years, having served on various
committees, as its Honorary Treasurer (1999‐2002), and Chairman (2006‐07). He has been one of the most active delegates and among the spiritual leaders of many important initiatives of the Groupe. Ad also serves on various committees in the International Actuarial Association (IAA).

Commenting on his appointment, Ad said “I am delighted to have this opportunity to lead the Groupe Consultatif at a very exciting and challenging time for the actuarial profession and the financial sector in Europe”.

Chairman of the Groupe, Karel Goossens, said “We are fortunate to have someone of Ad’s calibre to help the Groupe and the profession in Europe realise their full potential”. He added: “Our current involvement with Solvency II, the IORP review, and wider public interest and professional issues will benefit from Ad’s extensive experience”.